All Collections
kvCORE
Marketing & System Automation
[kvCORE] What Triggers a Smart Campaign to Be Assigned to a Contact?

[kvCORE] What Triggers a Smart Campaign to Be Assigned to a Contact?

Learn more about campaign triggers and how Smart Campaigns are automatically assigned to your contacts.

Written by Natalie Urianza
Updated over a week ago

To see or change what causes a drip campaign to be assigned to a contact, open the campaign by clicking on the name of the campaign in your library. 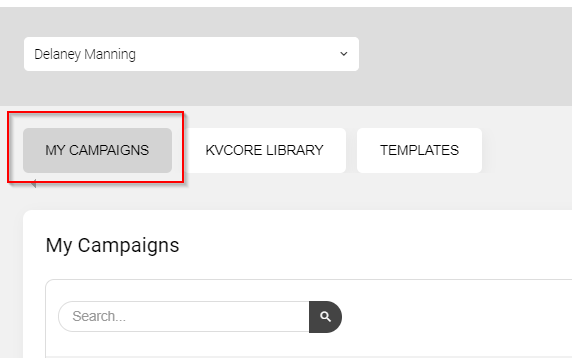 After clicking a campaign name, click the edit button.

This shows the Campaign Wizard that will walk you through the four steps for creating a Smart Campaign.

On the first tab - 1. Campaign Logic, you will see one of the three standard triggers ebing used, or the advanced triggers. 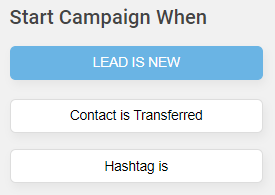 LEAD IS NEW  - The campaign is added to all "New Lead" contacts that get added to the system. This is your standard type of trigger where you want the campaign to be assigned to new leads after they register on your site from an advertisement or any other lead funnel source.

LEAD IS TRANSFERRED  - The campaign is added if a lead is transferred from one user to another. For example, if an ISA transfers a contact to an agent, this could trigger an agent-specific campaign.

MOVED TO HASHTAG  - The campaign is added if the lead gets the specified hashtag assigned to it. This is very useful when you have a particular campaign intended for a particular kind of contact. If that person was generated from realtor.com, for example, and you had a specific realtor.com campaign you wanted to use, you would utilize the hashtag that you know would be assigned to those contacts.

In some cases, you might not know what the hashtag would be until after you get that kind of lead for the first time.

Here, the specific conditions are set which dictate to whom the campaign should be added.

It's especially useful when you want to assign a campaign based on a status, but not if a certain hashtag is assigned.

For example, if I want to assign the campaign when a lead is new, but NOT when they have a particular hashtag, I can add the following trigger:

A common use for this is creating campaigns for specific advertising sources. For example, if I wanted only my New Zillow Leads to be on the campaign, I would use :

Contacts have one campaign they can be assigned to. If they qualified (based on trigger and type criteria) for multiple campaigns, they are assigned the most specific campaign where the most criteria/triggers are met.

(These are three different hypothetical campaigns that could be assigned, defined by their triggers below.)

Since we know the triggers, let's say we receive a few leads in the following scenarios:

- matches both Campaign 2 and Campaign 3.

- specifically matches all the triggers in #2, therefore Campaign 2 is assigned.

- specifically matches all the triggers in #1, therefore Campaign 1 is assigned.

In a situation where you have two campaigns that have the same triggers, the one with the higher scope is always selected. The hierarchy for scope is Company > Office > Team > Agent. If there is still a tie, the campaign with more matching triggers is selected (as outlined above.) 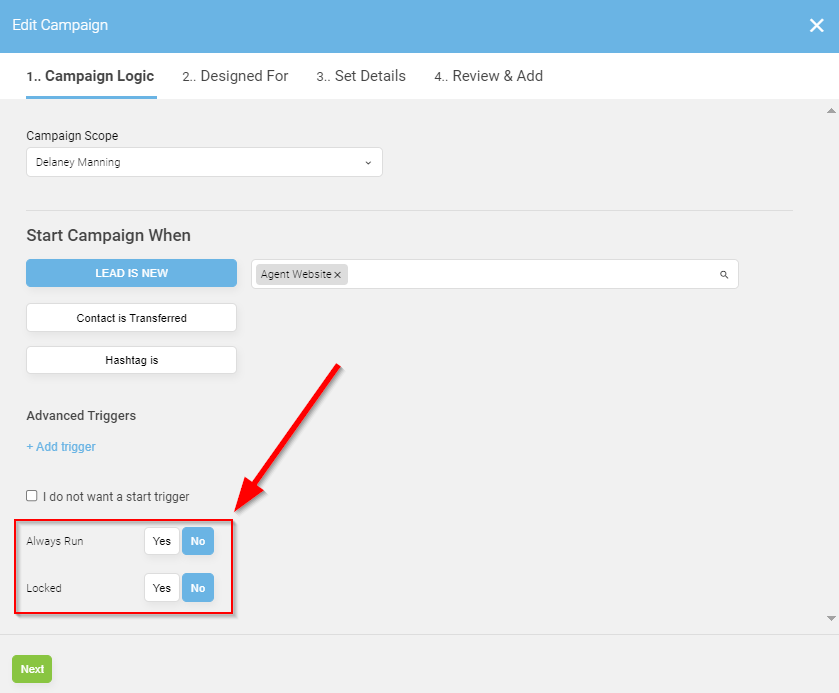 In Campaign Settings on tab 3. Set Details, there is an option called 'Always Run.'

This determines if this campaign should always be assigned on top of other campaigns if the assignment criteria are met. Yes, this DOES mean that multiple emails or texts can be sent by different campaigns on the same day. Use with caution and planning!

- also matches #3, which has ALWAYS RUN on, so that is assigned as well.

- also matches #3, which has always run on, so that is assigned as well.

If two campaigns may be triggered, and both also have always run turned on, both campaigns will be assigned.

A Complete Guide to Smart Campaigns

How to Assign Smart Campaigns

How Can I Tell if My Smart Campaigns Are Set Up?

How to Replace and Remove Smart Campaigns

Have more questions? Please reach out to Customer Support via the blue chat bubble to the right or by emailing kvcore@insiderealestate.com!